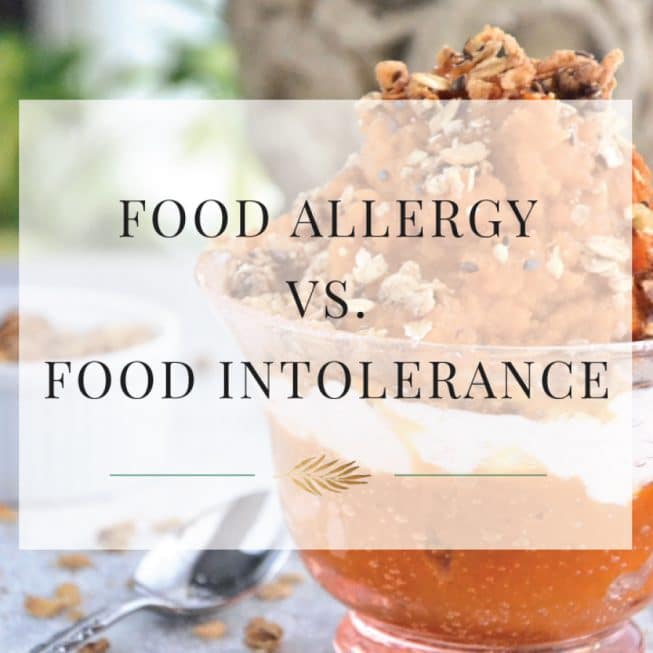 Even Hippocrates knew over 2,000 years ago how significant the gut is.  It can be connected to just about anything in the body.  An unhealthy gut means an unhealthy body.

The terms allergy and intolerance are often used interchangeably, but they are not the same.

Allergies are triggered by even the smallest amount of food e.g. traces of peanuts.  Whereas, intolerances can be dose related e.g. lactose intolerant individuals may be able to tolerate cheese but not a straight glass of milk. 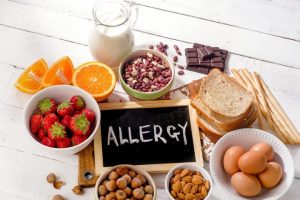 There are other less common ones such as salicylates, amines, or sulphites present in wine and dried fruit. 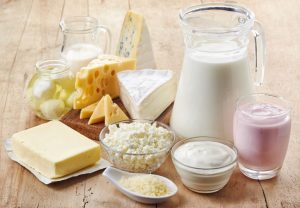 Testing for food allergies and intolerances may include blood, skin prick, hair, kinesiology, or breath (lactose, fructose and FODMAPs).  Or if you are a DIY person and intuitive with your body, an elimination diet.  This may be more difficult for children as they are less able to identify and communicate their symptoms.

Keep in mind that tests are not 100% accurate.  Some people find this hard to believe, but it is a fact of life that we can’t 100% rely on anything (trust your gut instinct!).  A false positive or false negative result can occur. 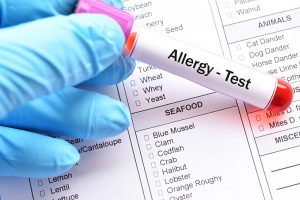 A good example of this is testing for gluten intolerance.

It is recommended to eat four slices of wheat bread (about 10g of gluten) for adults or two slices for children, every single day for six weeks before the test!  That is 168 slices of bread!  If you have already trialled a gluten-free diet and you feel better for it, you wouldn’t go back to eating four slices of bread a day for $1,000.

This demonstrates the importance of seeking a healthcare practitioner before you try and do it on your own.  If you suspect gluten intolerance or Coeliac disease (even though you are so excited to begin your gluten-free diet!) you must not commence it until you are tested.

One slice of wheat bread containing 2-2.5g of gluten is equal to:

That is a lot of wheat to achieve 10g a day!  If you don’t have enough gluten in your bloodstream at the time of testing, you would get a false negative result i.e. told that you are not gluten intolerant but you may very well be. 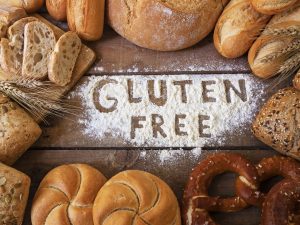 “An Apple a Day Keeps the Doctor Away”

This is not true when it comes to FODMAPs.  If you are FODMAP intolerant you will regret eating an apple a day.

The phrase was originally “Eat an apple on going to bed, and you’ll keep the doctor from earning his bread”.  Which later evolved to “an apple a day, no doctor to pay”.

It is a common, cheap fruit in most places, that is low in calories and high in fibre.  Most other fruit is probably better in terms of antioxidants, but apples are widely accessible.

FODMAP is an acronym for:

FODMAPs are found in every day, healthy foods.  However, in people with IBS they can (not always) exacerbate symptoms.  A low FODMAP diet may help to manage these symptoms.  Look online to find lists of FODMAP-containing foods and FODMAP-free foods.

When FODMAPs reach the large intestine, they become food for the bacteria living there.  The bacterial digestion of FODMAPs produce additional symptoms of IBS.  FODMAPs are only considered FODMAPs if people are sensitive to their effects in the GI tract (such as in IBS).

FODMAPs excludes a lot of healthy foods.  This diet is not ideal long-term.  FODMAP foods are prebiotics which are the food for our probiotics.  You may be intolerant to only one member of the FODMAPs family.  Try to narrow down which foods are causing you grief.  Use an elimination diet (see below) to do this.

“The dose makes the poison.”  You may be able to tolerate small amounts of FODMAP foods but not an entire bowl of broccoli and Brussel sprouts.

A hydrogen/methane test or elimination diet can determine FODMAP intolerance.

An elimination diet is not used to describe one diet.  It encompasses diets that temporarily remove sensitising food allergens (the ones listed above under ‘common allergens’).  With the underlying goal that by removing these offenders from the diet, symptoms will resolve.

Basic foods to eat are fruit (excluding FODMAPs and citrus fruits), vegetables (excluding nightshades), grains (non-gluten e.g. rice, quinoa, amaranth, buckwheat, millet), meat and fish, and dairy substitutes (coconut or rice milk – take a break from almond, soy and oat milk as they can be allergenic).  Remember to avoid condiments, sauces and any processed foods that contain multiple ingredients.  Plain rice crackers and rice cakes are acceptable.  This diet should be maintained for about two weeks before reintroducing potential allergens.

A single-ingredient food can be introduced one at a time, in small portions, to determine if it causes a reaction.  Wait a few days before introducing the next new food, this makes it easier to identify which food caused the reaction.  This is because reactions can be immediate or delayed – ranging from minutes to hours after consumption of the allergen.

After an elimination diet, your intolerances will be more pronounced.  Symptoms will be more obvious because while you have had a break from eating that food, your immune system has had a chance to build up antigens against it for next time.  It is like your immune system has been preparing for an invasion.  Before it was being caught off-guard time and time again.  But now it has had time to rest, recover, and increase security.  It is on alert and the security alarm has been set to on.  Any attack will trigger the sensitive alarm system. 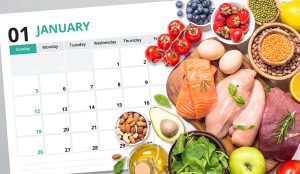 “Why does my young George have food allergies, but nobody did in my day?”

About 10-20% of the population has a food allergy or intolerance.  Yet it was unheard of when our parents were growing up.

What is contributing to this?

Consult with a Naturopath/Nutritionist if you suspect a food allergy or intolerance. 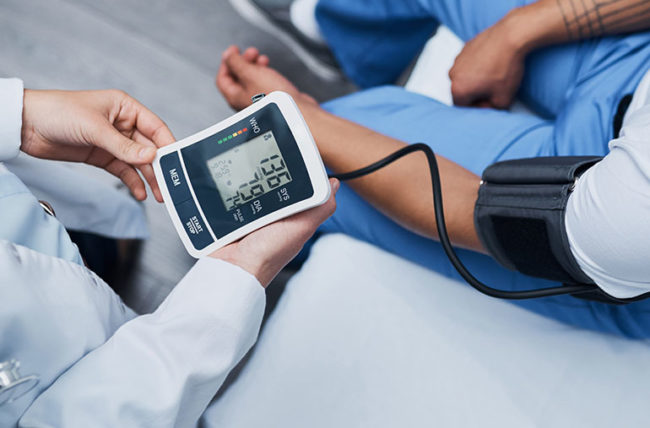 How To Lower Your Blood Pressure Naturally 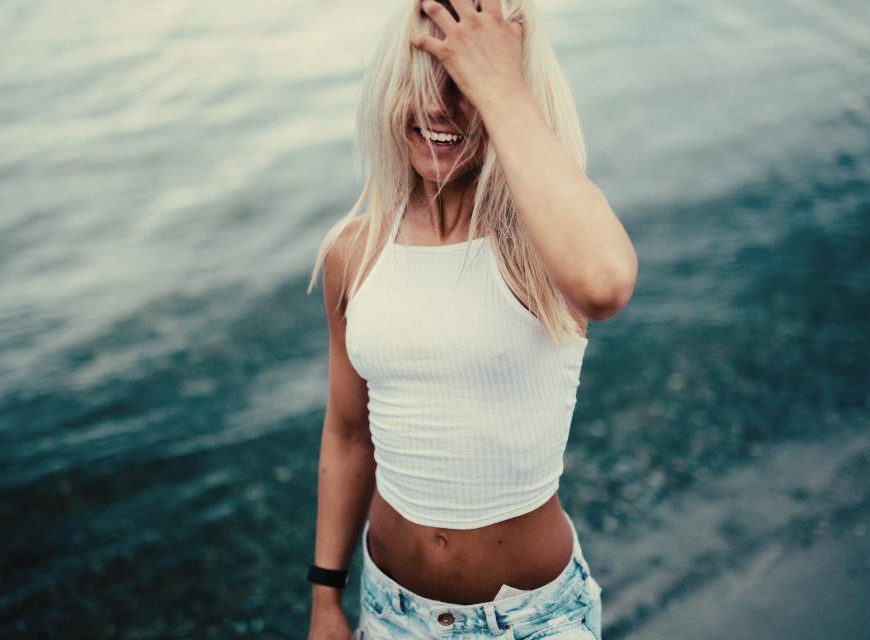