The Problem with Plants 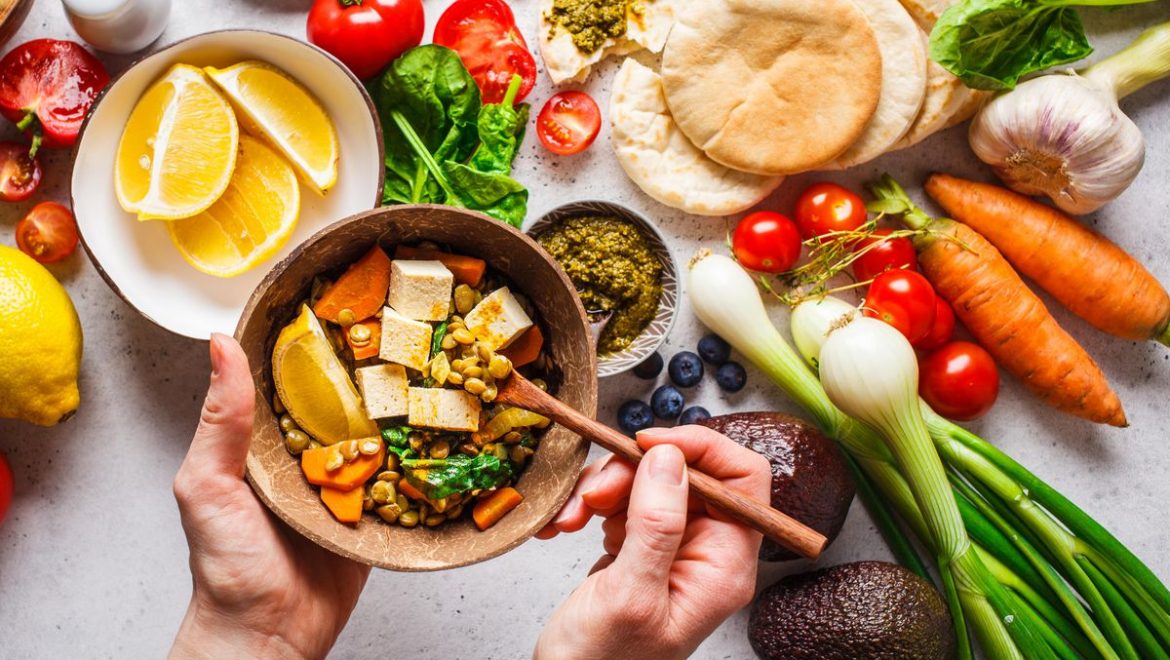 “Every living thing possesses the drive to survive and pass on its genes to future generations” Steven R Gundry, MD

Plants are out to get us.  Plants aren’t just there to accept their fate that they’re going to end up on our dinner plate.  There may be cons to eating animal foods, but there are also cons to eating plant foods.

All plants contain compounds/constituents.  Some are stronger than others and have the ability harm our health in large quantities.  To give you an idea of how strong they are, insects and animals could die if they eat too much of some of these plants.  The idea is to make predators including insects/animals (and humans) weak with ill health, and eventually die.

It is engrained (literally in grains) in the plant’s DNA to survive and flourish.  It doesn’t want to be eaten!

Some plant compounds (particularly lectins, phytates and saponins) are called ‘anti-nutrients’.  This means they can bind to nutrients (vitamins and minerals) in the body and prevent them from being absorbed.  Food is supposed to supply us with nutrients, not rob our bodies of nutrients.

Similarly to antioxidants, lectins are part of a plant’s natural defence mechanism.  Plants produce these chemicals (low-dose toxins) to give themselves a chance of surviving in the wild and not being wiped out by animals.  Animals may be able to eat a small dose of these foods, but in large quantities they would become sick.  This gives plants a higher chance to survive.

Lectins are found in grains, legumes, peanuts, and nightshades.

Humans are unable to digest lectins.  For this reason, some people may even become intolerant to them.  Everyone has a different threshold of how much their body can tolerate.  It is common to develop an intolerance after an immune system change e.g. a recent bacterial or viral infection.

They are commonly eliminated by Paleo advocates.  Some passionate Paleo followers say lectins can pierce holes in the gut lining.  This may be a bit extreme.  If you have leaky gut and/or a condition relating to leaky gut (e.g. autoimmune disease), it would be beneficial to reduce lectin foods.  However, if you don’t have leaky gut, don’t worry too much about it.

Cooking destroys most of the lectins in foods.  Hence why we don’t and shouldn’t eat raw grains or legumes.  Lectins can also be decreased by soaking, sprouting and fermenting.

The Blood Type Diet is based on the idea that lectins in particular foods target particular blood types.  It is believed that eating the wrong types of lectins/foods for your blood type, could lead to agglutination (clumping together) of blood cells.  Some people feel better eating this way, while some people don’t notice any difference.  Read more about blood types in my blog ~ Past and Future Medicine. 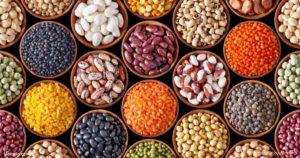 Also known as ‘the deadly nightshades.’  The nightshade family of vegetables and fruit (because tomato, capsicum, eggplant and chilli are actually fruit) are known to be inflammatory, particularly in people with arthritis.  Yes, finally something that could get rid of your niggly knee pain.  Those of us with leaky gut and gut inflammation may also find them difficult to digest.

The common nightshades are potato, tomato, capsicum, eggplant, chilli, and interestingly, goji berries – a “superfood”.  These foods are high in lectins which are irritating to the gut.

Nightshades are not deadly to everyone.  However, be aware that they may be contributing to your joint pain or gut irritation. 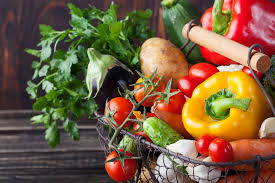 This is a naturally occurring constituent found in grains, legumes, and to a lesser extent nuts and seeds.  This compound acts as an enzyme inhibitor to prevent the plant from sprouting prematurely.  Without phytates, these plant foods would start growing in our pantry before we are ready to eat them.

Phytates reduce absorption of iron, zinc, calcium and magnesium – four extremely important minerals in the body.  If you have deficiencies in any of these minerals, this is one to remember.

Soak and sprout/activate grains, legumes, nuts and seeds where possible to increase mineral absorption.  Different plant foods require different amounts of time to soak and sprout/activate.  Soaking in a splash of apple cider vinegar and/or pinch of salt in water is known to further assist drawing out phytates.

Some foods are better to sprout and some are better to activate e.g. sprout legumes like chickpeas to make raw hummus, and activate nuts like almonds.  Grains and legumes are more commonly sprouted, while nuts and seeds are usually activated. 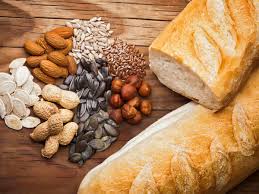 If you have iron deficiency or iron-deficiency anaemia, this is one to be mindful of.  Drink/eat tannin-rich foods at least an hour apart from iron-rich foods to maximise iron absorption. 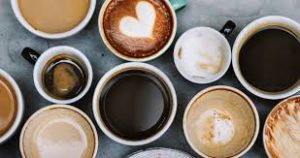 Bind to calcium in the digestive tract and decrease our ability to absorb calcium.  This is an important one for anyone with low calcium and associated conditions e.g. osteopenia and osteoporosis.

Green smoothies are healthy but you don’t have to force yourself to chug one down every day.  In-fact, it may not be healthy to eat spinach every day of your life.  It is highly likely Liam Hemsworth (among others) developed kidney stones due to his “healthy” vegan diet. 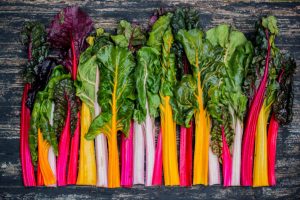 Even superfoods like kale and broccoli should be eaten in moderation by some people.

To get around this, cooking these foods decreases the thyroid-inhibiting effects.  The problem is more prevalent when people juice large quantities of kale or eat salads until kale comes out of their ears.  Enjoy brassicas in small amounts if you are low in iodine or have an underactive thyroid.

For the average person who doesn’t have underactive thyroid, eat copious amounts of both raw and cooked brassica vegetables.  Compounds in these vegetables have powerful liver-detoxing and hormone-balancing properties.

The key phytochemical is indole-3-carbinol.  This coverts into diindolylmethane (DIM) in the gut.  DIM is a supplement that supports healthy oestrogen levels and helps to reduce the incidence of oestrogen-dependent health conditions, such as period pain, heavy/periods, endometriosis, breast fibroids, breast pain/tenderness, uterine fibroids, plus breast, ovarian and uterine cancers.

This really confirms that “one man’s food is another man’s poison” Lucretius. 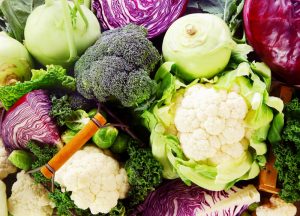 Found in wheat, rye, barley and oats.  Wheat is the worst.  We are overeating wheat.  Every meal is wheat in a mutated form.  Cereal for breakfast, bread for lunch and pasta for dinner.

Wheat is so harsh on the body, it is far from the ancient wheat our ancestors survived (and probably thrived) on.  It has been hybridised until it’s unrecognisable from its original form.

Only 50 years ago wheat was still wheat.  In the 1970’s wheat was subjected to hybridisation experiments with the intention of solving the world’s hunger problems.  Allergies and intolerances can probably be traced back to exponentially rising then.  Modern genetically altered wheat contains significantly more gluten than the original wheat.  Plus, it yields 10 times more than the emmer wheat from the Fertile Crescent in The Middle East beginning in 8500BC, the original wheat and the way nature intended it to be.

The ancient types of wheat were einkorn, spelt, emmer, and dinkel.  Spelt and dinkel grain/breads can sometimes be tolerated by people who are gluten intolerant without experiencing any issues.  Farro and freekeh are also easier to digest than wheat.  Even if you don’t have gluten intolerance (that you know of), it will still benefit your health to reduce wheat and switch to these ancient versions for more variety and less gluten in your diet.

Gluten obviously needs to be avoided by those with Coealic disease and non-Coeliac gluten sensitivity (collectively referred to as ‘gluten intolerance’).  Anyone with leaky gut and/or an autoimmune disease should seriously consider going gluten-free.  Leaky gut and autoimmunity go hand-in-hand. 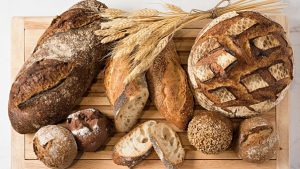 This one brings back memories.  I can still taste it when I think about it.  When I was a child, my punishment was liquid soap in the mouth.  It is unbelievably bitter.  I learnt my lessons quickly.

These bitter soap-like compounds originally came from the soapwort plant (Saponaria), traditionally used to make soap.  Many legumes are rich in saponins.  This is the white foam that rises to the top of the pot when you cook beans.  They are known to irritate the gut similar to lectins.

Fortunately the cooking process reduces saponins.  Notice that cooking is beneficial for many of these plant compounds.

A raw vegan diet could possibly be the most harmful way of eating for some of us. 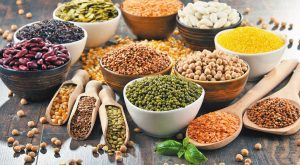 With a keto, Paleo, Primal, Mediterranean, vegan, vegetarian, gluten-free, dairy-free wrap of course (or not if you’re intermittent fasting).

Don’t become a carnivore after reading this blog.

The average person doesn’t need to overhaul their diet and throw out all of the plant foods mentioned.  However, it is worth pondering if you are vegan/vegetarian or have any of the mentioned health conditions.

This shows the importance of a well-balanced diet.  Don’t go extreme.  As I trained as a Naturopath and Holistic Nutritionist, I am not about strict plans.

There is no one-size-fits-all baseball cap when it comes to diets.  My motto is “Realigning Nutrition with Intuition”.

Consult with me for Naturopath and Nutritionist-approved personalised recommendations. 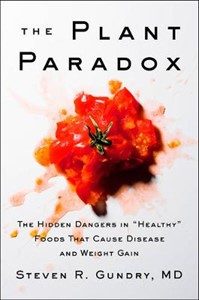 For further reading, I recommend the book ‘The Plant Paradox’ by Steven R. Gundry, MD.

This book is slightly extreme believing that all plants with seeds should be avoided e.g. tomato, cucumber, capsicum and pumpkin.  The theory is that we eat the seeds, poop them out and the seed is reborn in a perfect dollop of fertiliser.  The hope is that the animal/human has travelled and carried the seed far away from the mother plant to increase its chance of survival.  This broadens its range by spreading into a new area.  Animals/humans are simply being used by plants as the carrier of their babies (seeds)!  Not only can we not digest them, but they impact our health.  It is an interesting theory!

Plus check out this article: Plants Bite Back 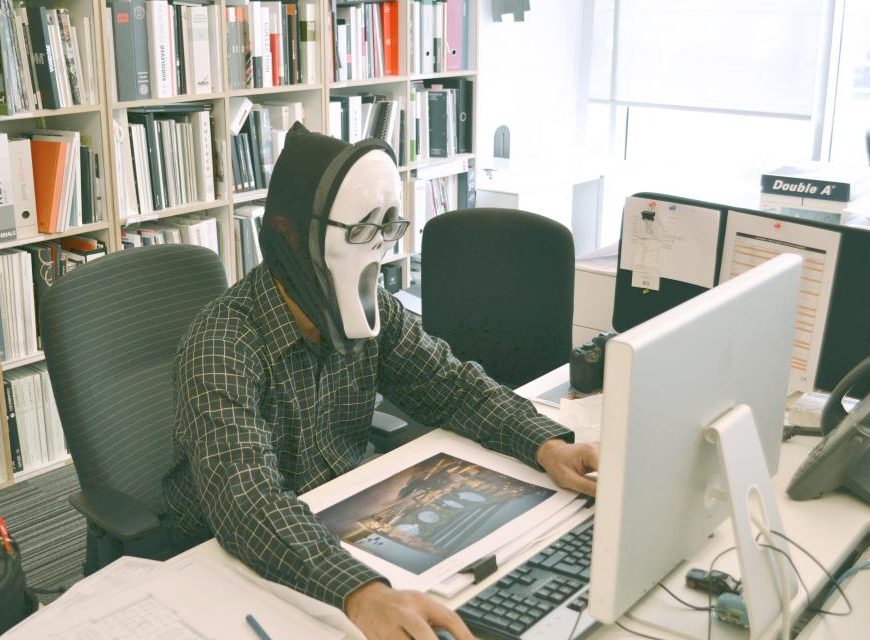 Enhance Your Resilience to Stress 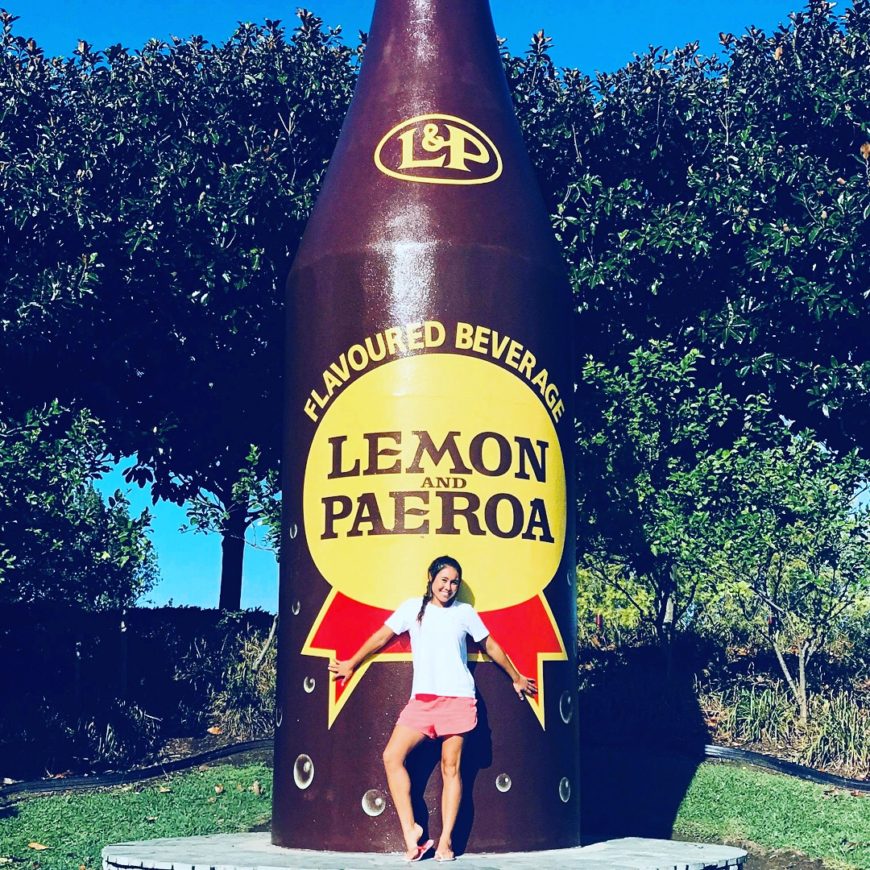 Is Eating Out Healthy?